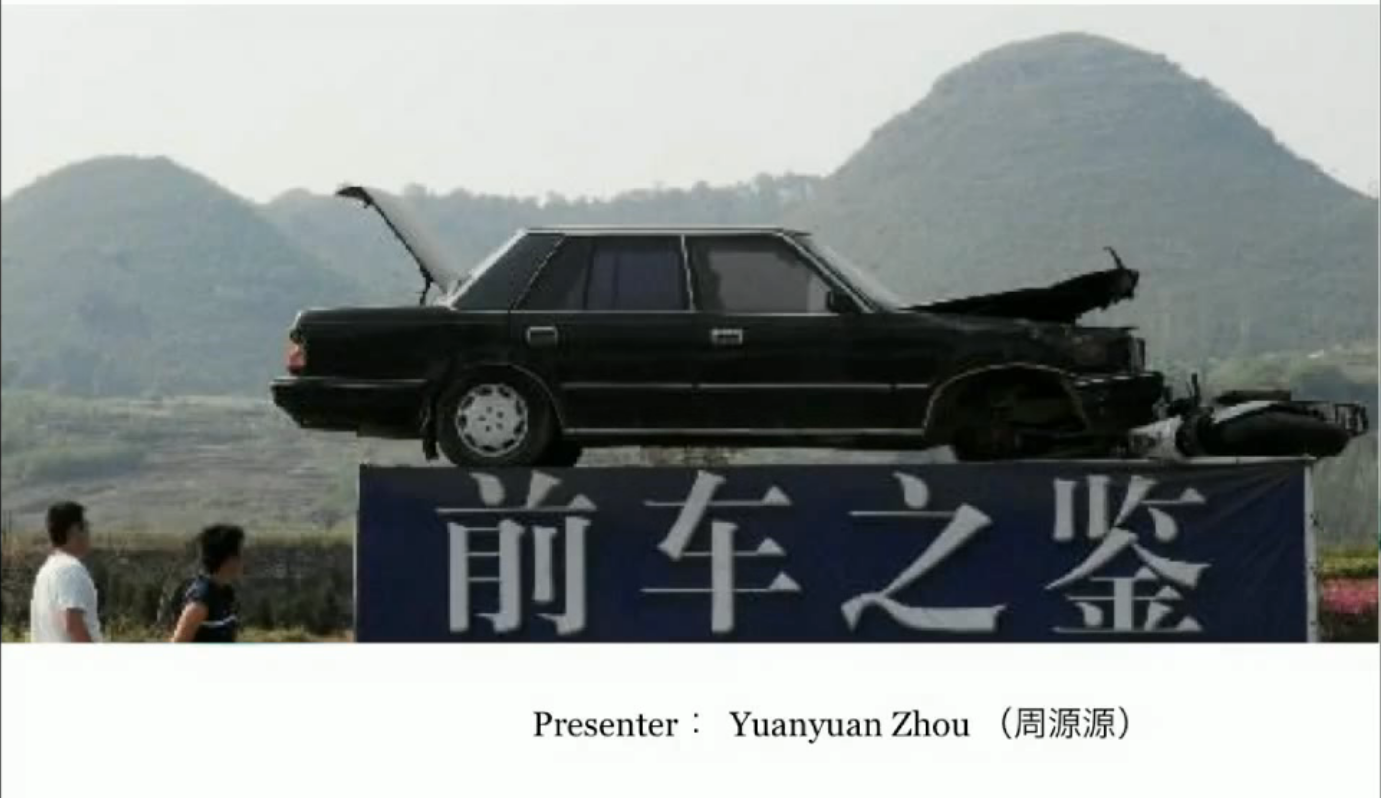 Prof. Yuanyuan Zhou’s talk on her startup experience. Although the talk is in Chinese, most of the slides are still in English. Below is the brief intro for the talk.

In this talk, I will share with everyone about the challenges and lessons of starting companies from academia. I have co-founded companies either as a fresh Ph.D graduate (my first startup), and also as a professor (my second and third startup). I have learned many valuable lessons along the way and have also learned a lot from my advisor and many other mentors in entrepreneurship. Moreover, I will also share with everyone some of the logistics such as IP issues with universities, visa problems for your co-founders or early employees, fund raising, etc. At the end, I will also invite two founding members from my current company (one is my former Ph.D student who had a very strong publication record, and the other is a Ph.D graduate from a famous architecture professor at UIUC also with a strong publication record) to share with everyone why they chose to join a startup and what they have learned so far from the startup. So feel free to invite your own Ph.D students or postdoc, too.

Bio: Yuanyuan Zhou is a Qualcomm Chair Professor in Mobile Computing at University of California, San Diego (UCSD) since 2009. Prior to UCSD, she was a tenured professor at University of Illinois, Urbana-Champaign (UIUC). Her area of expertise include data centers, computer systems, data analytics and mobile systems. She has so far graduated 18 Ph.D students, most of whom are now either successful entrepreneurs or tenured/tenure-track professors at top universities including University of Chicago, University of Toronto, University of Waterloo, Ohio State University, etc. In parallel to her academic career, she has also co-founded three companies, with the first two successfully exited to public companies. As the President in her second startup, Pattern Insight, she led the company to become profitable since 2010 and was acquired by VmWare in July 2012, providing good returns for investors and shareholders. Currently she is busy with her third startup, Whova. It has gained substantial customer traction worldwide and has successfully raised substantial investment last year. She obtained her BS in computer science from Peking University, and her MS and Ph.D from Princeton University. She is an ACM Fellow and IEEE Fellow, Sloan Research Fellow (2007) and the winner of ACM Mark Weiser award (2015).

This site uses Akismet to reduce spam. Learn how your comment data is processed.